Living Solutions for a 2.0 World

You are here: Home / News / Uncategorized / 281 Mapping the Locust swarm 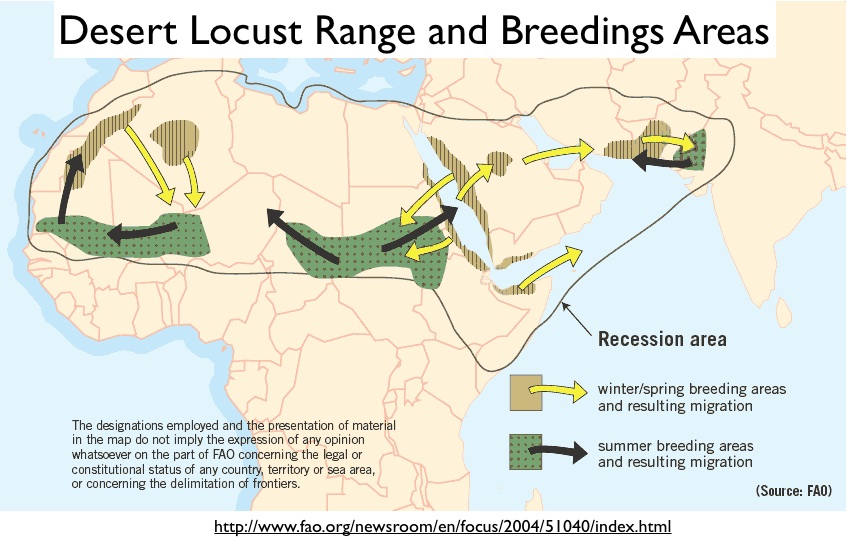 1. Locust have been a part of our world for years. They normally form from a large group of grasshoppers which are usually found in arid desert climates (The Sahara (Africa), Mohave (North America), Gobi (Asia) and Australian deserts, etc). They eat tons of vegetation very fast and even one would describe them as an angry, rampaging berserk swarm of millions of grasshoppers “Gods wrath”. The Holy bible found in Christianity describes this as “…if you refuse to let My people go, behold, tomorrow I will bring locusts into your territory. And they shall cover the face of the earth, so that no one will be able to see the earth; and they shall eat the residue of what is left, which remains to you from the hail, and they shall eat every tree which grows up for you out of the field” (Exodus 10:4-5). 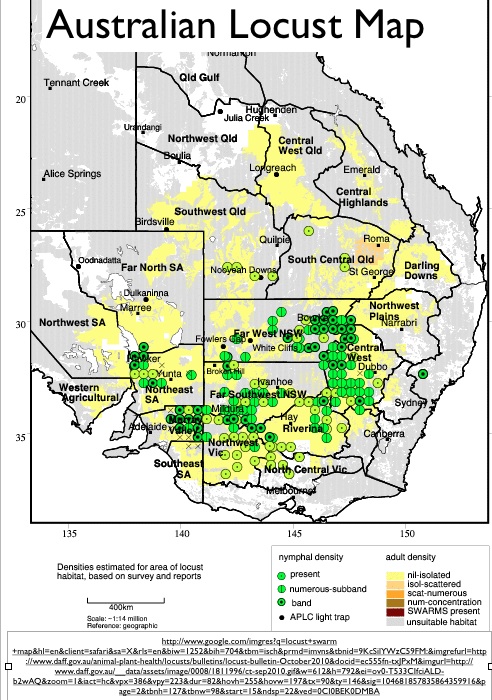 2. With the drastic climate changes we have undergone in the last century and two decades, more and more locust have been showing up en mass of upwards of 200 million or more with the largest swarm being 40 billion strong. In addition to the locust swarms showing up in many areas of the world, our global deserts are increasing. Australia already had their mass bush fire incident and the last thing they will need is a swarm eating up what farmland and vegetation they have left. The drastic effect, if we continue to ignore Global Warming, would be us humans having a harder time to live. farmland would become near impossible to find and with increasing arid regions, we would could say goodbye to our food sources and eventually us as a species. 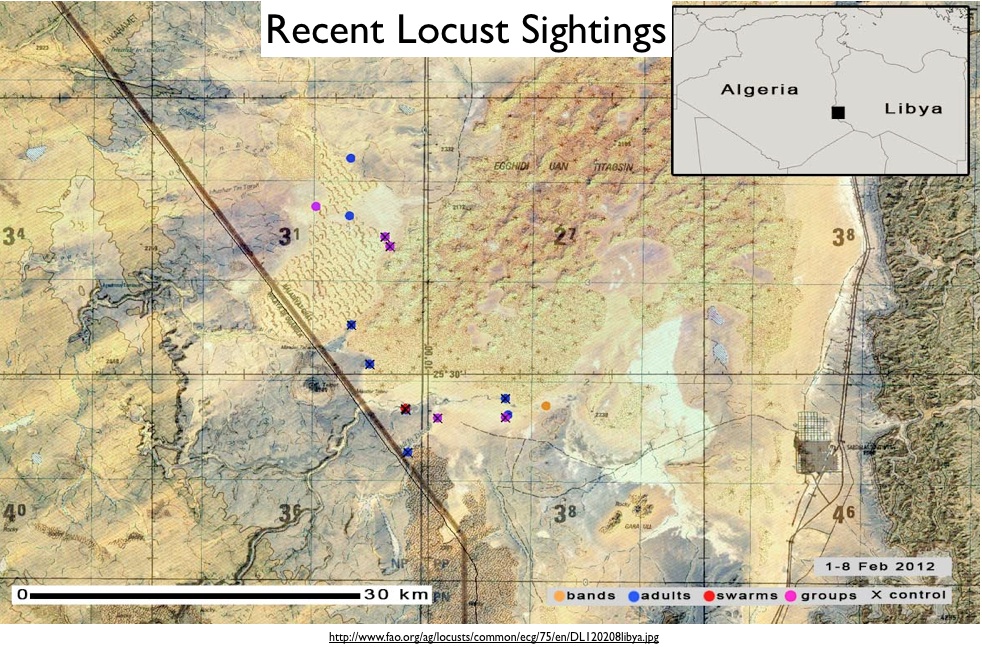 3. Locusts just like all insects have their place but a swarm of them can take out villages, towns, even cities. Every continent with an arid desert climate will have Locusts but even so, its problem we as farmers, and consumers would rather not have. They may only be grasshoppers but they still pose a threat to our food and way of life. 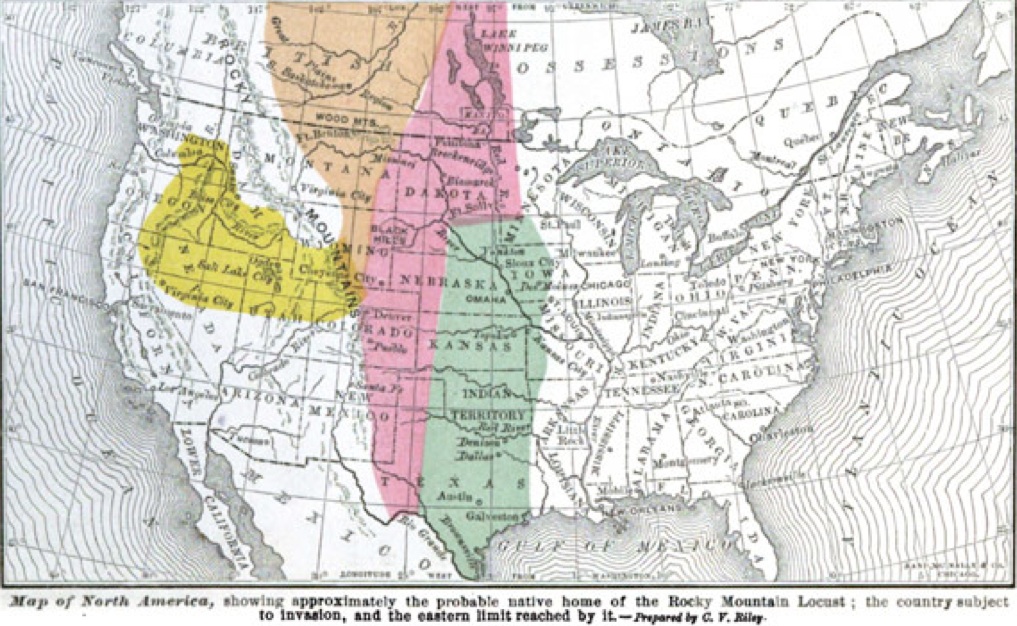 4. The biggest locust mystery surrounds the species that was responsible for the largest swarms, the Rocky Mountain locust of North America. One outbreak in 1875 was estimated to have contained 12.5 trillion grasshoppers, which together would have weighed some 27.5 million tons. Yet within thirty years, the species was extinct, and since then North America has been virtually locust-free.* The cause of its extirpation has never been determined, although it has been argued that “the plowing and irrigation by settlers disrupted the natural life cycle of the insects in the very small areas they existed in between swarms.” Yet vast areas of the Great Plains, the core habitat, were never plowed, and irrigation was rare here in the late 1800s. Nor was overgrazing the likely cause. Recent research conducted jointly by scientists at the University of Arizona and the Chinese Academy of Sciences determined that extant locusts thrive on “low-protein, high-carbohydrate diets, typically found in overgrazed areas.”

5. * The American bird grasshopper, Schistocerca americana, is occasionally regarded as a kind of locust, but it is usually classified an ordinary grasshopper.

This site uses Akismet to reduce spam. Learn how your comment data is processed.